The words aren’t flowing as freely today as they have the past few days. I’ve run out of night time cold medicine. As a result I’m not sleeping which makes me very disoriented and delirious. Perfect time to talk about kpop.

I went both days, first day in the stands, second day by the stage. I had VIP Soundcheck for Day 2 and the whole day was ethereal. I went with friends both days and while the set list was the same, the vibe was totally different each time. I can’t wait to do it again the next time they come back. The stress, anxiety and sleepless nights panicking about tickets was totally worth it. 방포아포.

Outro: Tear was the standout song for me. To say the performance was electric was an understatement. The way the rap line dominated the stage and really made everyone fired up was just so awesome to be part of. It didn’t matter if you were in the stands or in the pit, you got on your feet and you got hype! So What was also a great party anthem, but this time with all the members. There is no choreography, just lots of them being goofy on stage and throwing water into the audience. It’s a super fun concert experience.

I only knew two Eric Nam songs before the concert and they’re still my favourite two. That’s not to say the show was bad! It was really great and it prompted me to be more interested in his whole discography. He’s an amazing performer and although this was a small venue he performed like he was at Wembley Stadium. He speaks English fluently so there was a lot of fan service and cute moments. Highlight of the concert was that spent the whole time flirting with the audience, setting us up for future unrealistic expectations in love. A fact he readily stated and accepted. We love a self aware casanova. 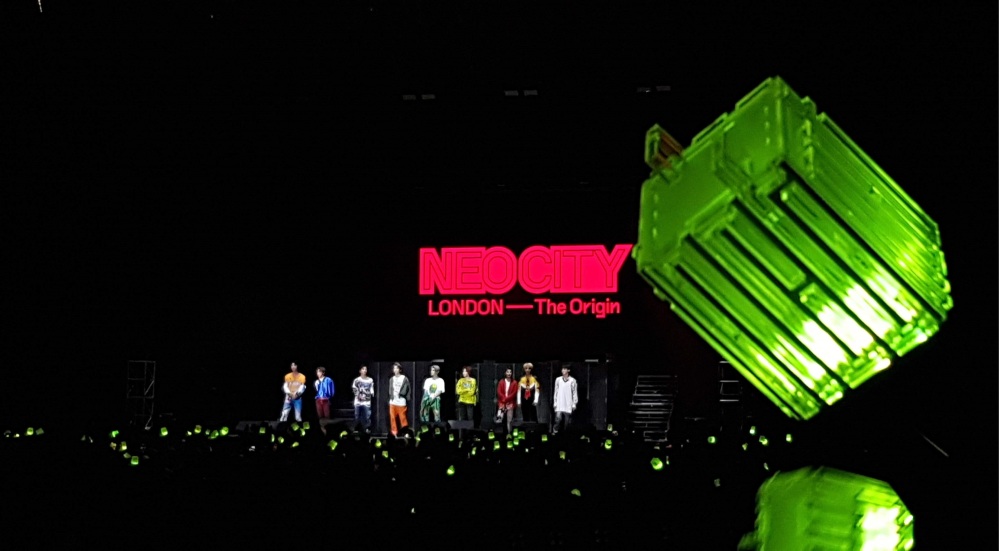 The whole concert was a big ole party! We were on our feet, dancing, giggling and singing along the whole time. They know their strengths and even said themselves after the two ballads they did that it was time to party again. Big mood. Replay is by far my MOST favourite song and I’m glad it was their audience participation! I added the Seoul live concert version to the playlist because it gives off the vibe the most. Fun fact, in Seoul I went to see that concert at the movie theater. There were surround screens so it felt like you were right there. BALLER and a perfect way to experience the concert vibe without shelling out the big bucks.

Baekhyun is the reason I want to go to this concert. Rookie group SuperM are made up of three boy groups under the SM label. They’re like the Avengers? An all star group that come to snatch your wig and your heart. UN Village is is my song of the year. His voice, the melody, the everything. His mini album is just hit after hit after hit. I mean sure it’ll be cool to jop all over the place with SM but wow, catch me at the concert doing the fanchant for UN Village like it is my last moment on earth. I have two regrets from my trip to Seoul this year, it’s that I didn’t buy his album and I didn’t buy the EXO lightstick for this concert.

Seventeen are my favourite artist by discography alone. There isn’t a bad song for me and I mean it. From their first album to their most recent release I am a wholeheartedly a fan. I am hoping for a miracle and that Holiday finds its way to the playlist in some sort of medley! The other song on the playlist is Hit which is the one song I know the most fanchants for, there are 13 members (oh god??) and there’s a part where they say their names in reverse age order because lol why wouldn’t you do something like that. Fun fact, this song’s fanchant comes with a breathing pacing warning. No, really.

Where BTS have their awkward early works that I really can’t bring myself to listen to, I love everything Seventeen have done and I’m so proud to see how much they’ve grown. Did I mention that there are 13 members in this group? I have till now refused to learn all their names. I know from experience that’s the beginning of the end and right now financially I can only support the lifestyle of one boygroup. My heart says yes, but my wallet says no. Tickets are bought, I’ve got my lightstick, I’m so ready for 2020 – this concert is sure to be a party all the way through.

What concerts have you been to in 2019 and what are you looking forward to? Will I be jopping with any of you in February?