I am not a SONE, for a long time I didn’t like the group because of my own insecurities. Nine perfect girls, being flawless all the time, it made me feel really bad. So I refused to listen to their music, I think for a while I was vocal in my dislike of them so much so that I would mock my boyfriend of the time for liking them. I feel bad about that, because I forgot that they’re just people, doing what they love and being extremely lucky to make a living out of it. The more I learned to love myself, the more I was able to accept my flaws and accept theirs the more I liked their music. I’m not a SONE, I didn’t ride the hype train, but I was very excited for this Mini Album, and it did not disappoint. 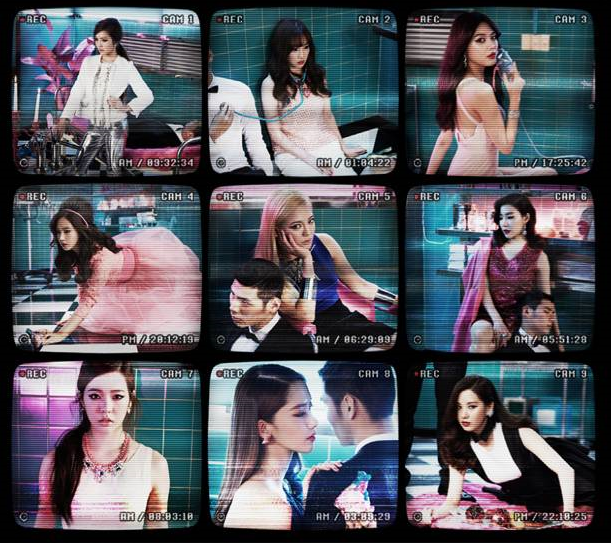 The teaser website was a ton of fun, SM released short clips of the girls in less polished settings, just goofing off. Some were better than others (Sunny’s was hilarious), but now the website is down they can all be found on SM’s Youtube Channel, or do a quick Google search for Girls’ Generation NOW.

I was going to just talk only about the title track, but I’ve listened to the whole album and I really enjoyed some other tracks.

The title track is awesome, I’ve listened to it so many times that I think my neighbours must be fluent in Korean by now. The MV was really fun to watch. It’s kinda weird, but I like the weirdness of it. I’ve always felt SNSD to be a bit predictable, they were never the group to do weird or interesting concepts so it was a fun watch. I really hope there’s a story version and a dance version of this so I can figure out what the balls is going on, and what the dance actually looks like. The dance break reminded me of SuJu in Sorry Sorry which is always awesome.

Well hello there sensuality. A solid album track that shows off their vocals and maturity. This isn’t the same group that sang Kissing You, they’re much older, and established yet they manage to keep their fun playful signature sound.

This sounded like the ending track for an Anime, it’s for sure an album track and I’d be super surprised if it was released as a single. That by no means that it’s weak, just that it has a certain sound, kinda fun and j-poppy that makes me wonder if it’d do well as a single.

The most Classic song on this album. Fun and catchy. It’s isn’t amazing, but it sounds like a Girls’ Generation song. It’s good to have a signature sound, so I guess this song is cool.

I’m a little blown away by this song, it sounds like an early Destiny Child’s song. The melody, the harmonisation, the snaps are really well blended together. It’s a solid ballad that I could see them releasing as a single. It’s so soft, and sweet and dreamy, I could listen to it all day! It’s gone in my study playlist.

Another fun, dancy track. I really like the breaks.

My two favourites are Mr.Mr & 백허그 (Back Hug) but I think the album is a good allrounder. I know some fans were expecting a lot more, but I know that overhyping something can make it less exciting even if it’s perfectly awesome in its own right. They make consistently good comebacks, all the time and I know right now they’re pitted against 2NE1 in releases but no-one can come close.

All hail the Queens of KPop, this is a great record.