Spider Man has always been Peter Parker, and Peter Parker has always been Spider Man. Let me be clear, this is not normal. In the comic book universes it is not uncommon for more than one person to take on a singular persona. Even Batman who is synonymous with Bruce Wayne has had others wear the costume under the name Batman. True there have been other spin offs, an Indian Spider-Man, and other one off series, but there has never really been another Spider Man like Peter, so when Marvel said they were killing him (what) and replacing him with a black kid, I was hesitant to jump on the hype train. For a lot of readers Peter Parker = Spider Man and no matter how enlightened people say we are, the hatred for change and the ‘other’ is still great. I too thought it was a publicity stunt. 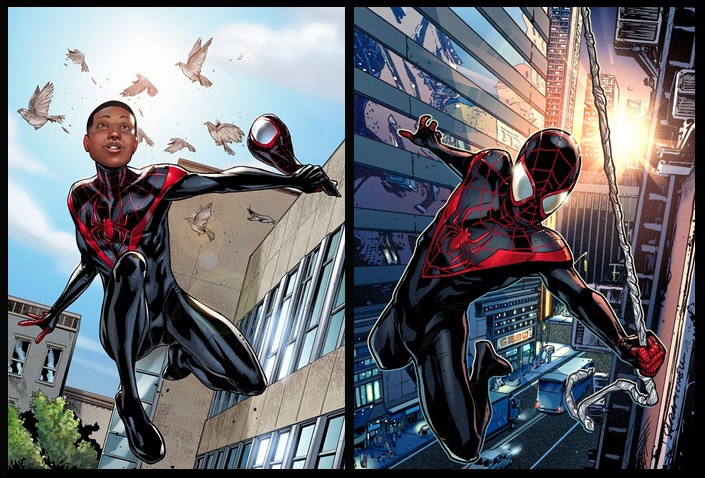 It isn’t often a well loved character gets replaced by a minority as major canon and everyone is just chill about it. Good News! They haven’t screwed it up, it’s awesome and I feel a little ashamed for doubting.

Miles feels like Spider Man. He’s got the same qualities that made me love Peter, he’s smart, inquisitive, loves his family but also as a 13 year old when the series starts… kinda dumb. He makes bad choices for a hero that only make sense because of his age. While Peter had his awkward teens to deal with, Miles is a middle schooler and he acts accordingly. There are a bunch of parallels. I like how they showed him as a black kid without playing up his ‘urban-ness’, and they didn’t try to whitewash him either. He really just comes across like a super cool kid who above all is just trying. 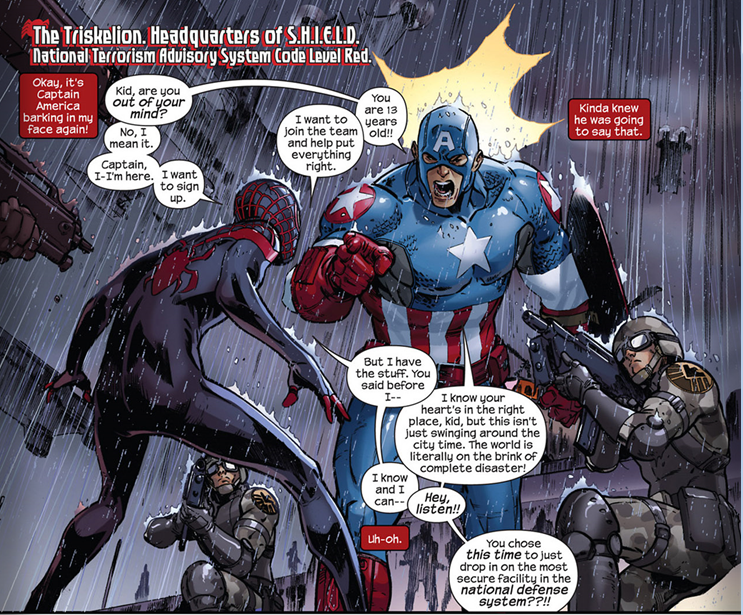 You actually don’t realise how little he is till he stands next to an adult hero and you’re like,”Holy fuxk, he’s a baby..” 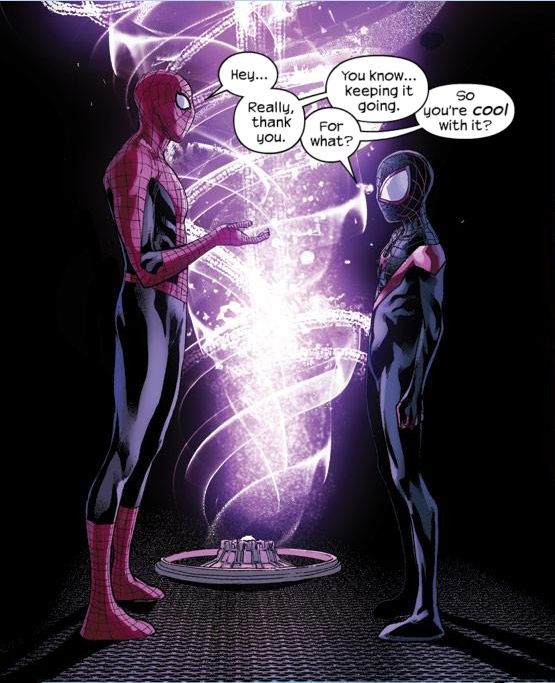 You should give it a try. Miles is a good Spider Man. He isn’t just handed the title, he works for it and when you think he’s done enough to earn it, he is tested and proves himself again. He struggles with trying to be like Peter, but ultimately learns that to be great, truly great he has to be himself.

Miles Morales is Spider Man, just as much as Peter ever was.